What does one say to Karen Armstrong?

In her recent article in The Guardian titled The Myth of Religious Violence , Karen Armstrong uses a ‘careful’ selection from mostly European/Western history to prove her thesis that religious violence is a result of secular pushback. She begins with references to ISIS and its recent atrocities but then quickly moves on to crusades and the Christian Europe.

She speaks for the 4.3 billion people of this world who are actively engaged in practicing one religion or the other. I speak for the rest of the 2.7 billion who, for various reasons, choose to remain ‘irreligious’.

Yes ‘Irreligious’ is a real term. A very broad very secular term fit to define anyone and everyone who has an issue with ‘fundamentals’ of any and every religion. Whether you are an explicit atheist or an implicit atheist; anticlerical, anti-religion or antitheist; agnostic or ignostic; non-theist, religious skeptic or of free thought, ‘Irreligious’ encompasses you. In short it is a continuously evolving term capable of incorporating the rapidly growing thought of ‘Irreligion’.

The Narrow Perspective
It is a fact that world’s ‘Irreligious’ population is on the rise. A 2012 Pew Research demographic study on Religion & Public Life terms 16% (1.1 billion) of the world’s population as ‘religiously unaffiliated’. Add to it the 23% who call themselves ‘not religious’ and the tally comes to 39% of the 7 billion occupants of this planet. That, to me, is a number worth respecting when one decides to comment upon the relationship between religion and society. 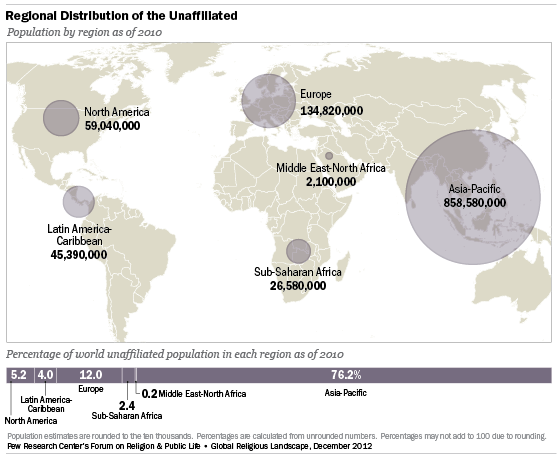 In Ms. Armstrong’s case, one also needs to carefully investigate history before determining parameters of discussion. Her references to ‘religion’ include only the most modern, popular, organized religions which suggests a failure to understand the difference between the need of religious thought for a human mind and the creation of organized religion to exploit that need.

Simple or Irresponsible?
To assume that the progression and evolution of human civilization can be summed up by analyzing pro-religious and anti-religious thought without investigating the purpose behind their origin is rather simplistic, to say the least. Even more simplistic is the effort to draw parallels between the modern state (intrinsically subject to change and adjustment with time) and organized religion (innately resistant to modification and revision).

However, what bothers me the most is Ms. Armstrong’s missionary quest to defend organized religion through ‘reasonable interpretation’ thus sending a ‘feel good’ message to those who are religious but religiously ignorant. For example when she writes:
“…the bedrock message of the Quran is that it is wrong to build a private fortune but good to share your wealth in order to create a just, egalitarian and decent society…” she fails to mention that all ‘messages’ in Quran are specific to the creation and strengthening of an ‘Islamic Society’ and within that society Quran dictates gender discrimination in matters of wealth & property and human rights. I am not sure if Ms. Armstrong comprehends the acutely disturbing fact that in today’s world an overwhelming majority of religious individuals is absolutely unaware of the content and message of the faith they follow. It is therefore extremely erroneous and irresponsible to select and present things out of context.

Violence within Religion
Barring Buddhism (religious status controversial) there is none among the popular religions of the world without a sizeable history of propagation through violence. Islam stays ahead by allowing use of both passive and aggressive violence to ensure implementation and practice. From wife and child beating to chopping of limbs to confinement and starvation till death, Quran’s instructions are clear and simple when permitting violence. In addition Islam’s stance on gender discrimination is one of the major reasons for aggressive confrontation.

Ms. Armstrong’s intentions are not clear to me, but I do want to bring to her attention the brutal power of religion by reminding her that though 4th December 2013 marked 184th anniversary of Bengal Sati Regulation (banning the ritual of burning the surviving Hindu brides with their dead husbands) the last reported case of Sati in India was as recent as October 2008. I also wonder how Ms. Armstrong feels about the ‘pedophilia’ law passed by the Iranian parliament in 2013.

The Delicate Matter of Interpretation
Interpreting religion is not a liberal art though often treated as such which results into misinformation and self-contradiction. The desire to find universal messages in scripture or to justify it through desired interpretation is not unique to Karen Armstrong. The greater majority of urban Pakistani Muslims have taken to creating their own definition of Islam, bending it every which way in order to justify their religious adherence while keeping pace with the changing times. One can choose to ignore such examples but one cannot ignore the ever growing number of Christian denominations, Islamic sects and Jewish movements. 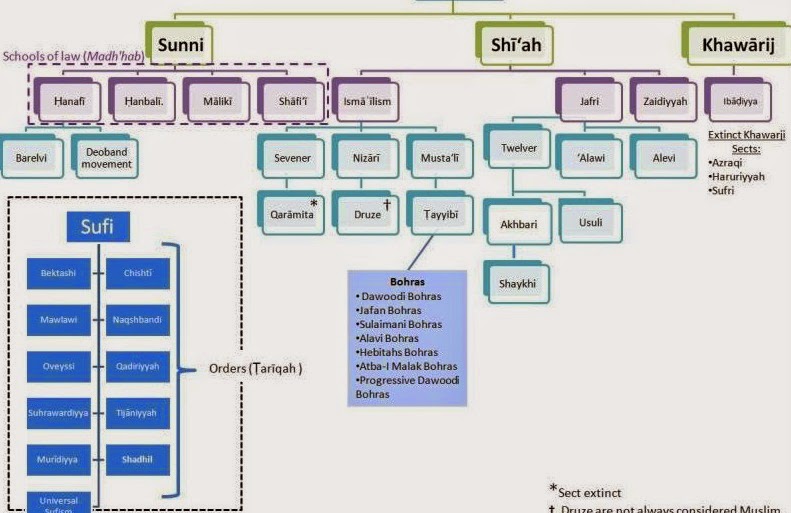 The fact is that:


Unless one is prepared to offer a viable method of endorsing a fragmented global structure where each thread that frays away from its religious fabric can efficiently exist as an independent concept, I’m afraid secularism remains a necessity.

Status-quo in Religion
Growth of a religion does not mean growth of the religious thought. It is only a reference to the growing number of its followers. From the very onset conversion and adherence to organized religion was made possible through preaching and not teaching. Since submission to one blind faith or the other is essential to all such doctrines, an absolute abandoning of inquiry, research, debate and experiment was crucial to produce compliant following.  Inquisitive learning was therefore most unsuited for the survival of the religious ideals which offered predetermined goals and little or no room for change. Once out of their initial stages various religious orders settled for using procreation as a more convenient method of perpetuation making religion a part of the inherited goods.

Today people belong to a faith not because they understand and accept it but because they are born in it. Predictably, where this method added numbers to the ranks of each religion it diminished the need to know the content.

Need for Secularism
Studies show that over 82% of the 2 billion Christians in the world will not read the bible in their lifetime. This, considering the fact that 50% of them live in highly developed countries with next to perfect literacy rates and easy access to scripture. As for Islam, the fastest growing religion in the world, more than 90% of the world’s 1.6 billion Muslims live in extremely poor third world countries with weak economics, nonexistent civil liberties and literacy rate in single digits; for them reading the Quran will not be an option.  In both the cases though, paternity will determine the religion of the newborn. Secularism is the need of that newborn.

‘Religion by birth’ has created a breed which wears its religious affiliation as a name tag only. This is a generation more in tune with the Universal Declaration of Human Rights and finds it difficult to identify with Islamic polygamy, Hindu cast system and Christian condemnation of homosexuality. Secularism is the need of this generation.

Religions have grown; and so has the world population, poverty and global warming and none sadly, is the result of intelligent, informed and educated decisions. In fact studies project that Intelligence and religious belief have a negative relationship. Secularism, therefore, is the need of intelligence.