The situation I want to comment upon occurred in India and I'm afraid that because of my Pakistani origin what I say here is bound to run into some kind of retaliatory justification and counter criticism. The omnipresence of the proverbial elephant in India-Pakistan relationship is unfortunate and has been the cause of valuable input being bypassed and ignored while the two nations constantly struggle to upstage each other. But you gotta do what you gotta do, so here goes nothing.

I have not posted anything here since January. I did make a status update on Saying it in Urdu & English's Facebook page on May 27th, 2014 about a most tragic and repulsive incident that made headlines in all Pakistani newspapers, "Woman Stoned to Death Outside Lahore High Court" . As abhorrent as the news was it didn't push me hard enough to opine in depth. Frankly, Pakistan is at a place where nothing coming out of there shocks me anymore. It does leave me somewhat 'out of breath' & 'exhausted' but then I recover; and in any case, Pakistan doesn't belong in the same category as India.


India is also the lead recipient of all outsourced IT jobs in the world, has the largest film producing industry in the world, has the world's most expensive private residence and as the link below states, "... has made impressive strides in recent decades..." but the India of 2014 has failed to provide and/or convince half of its population to use toilets. 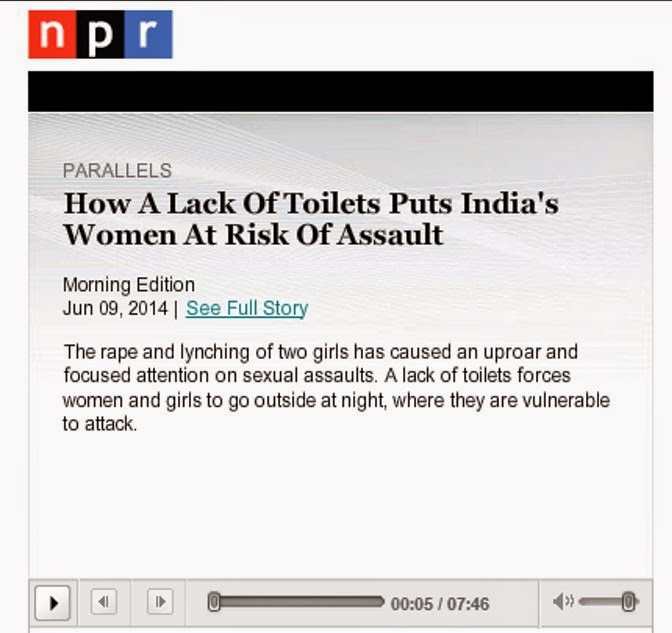 Thirteen years ago I irked Beerud Sheth of Gup Shup (running elance at that time) by suggesting that there is a difference between availability and accessibility, the later being greatly dependent upon the economic status of a person. It was 2001 and the term 1% had not yet been coined, and since I am not a financial expert it was hard for me to effectively explain my socialistic thought of 'distribution of wealth' to a young, aggressive startup entrepreneur.  But two days ago when my friend Christine and I sat down for coffee after a hard days work she asked me, "So if I go to India I wouldn't have a toilet", and I replied, "of course you will, you are the 1%". Not everything is as simply answered or explained though, because then Christine said, "well, going to the toilet can be a once a day thing if you train yourself but what happens when they are on their period... how do they do that"? And I said "you are assuming that they think it necessary to find a toilet for that". 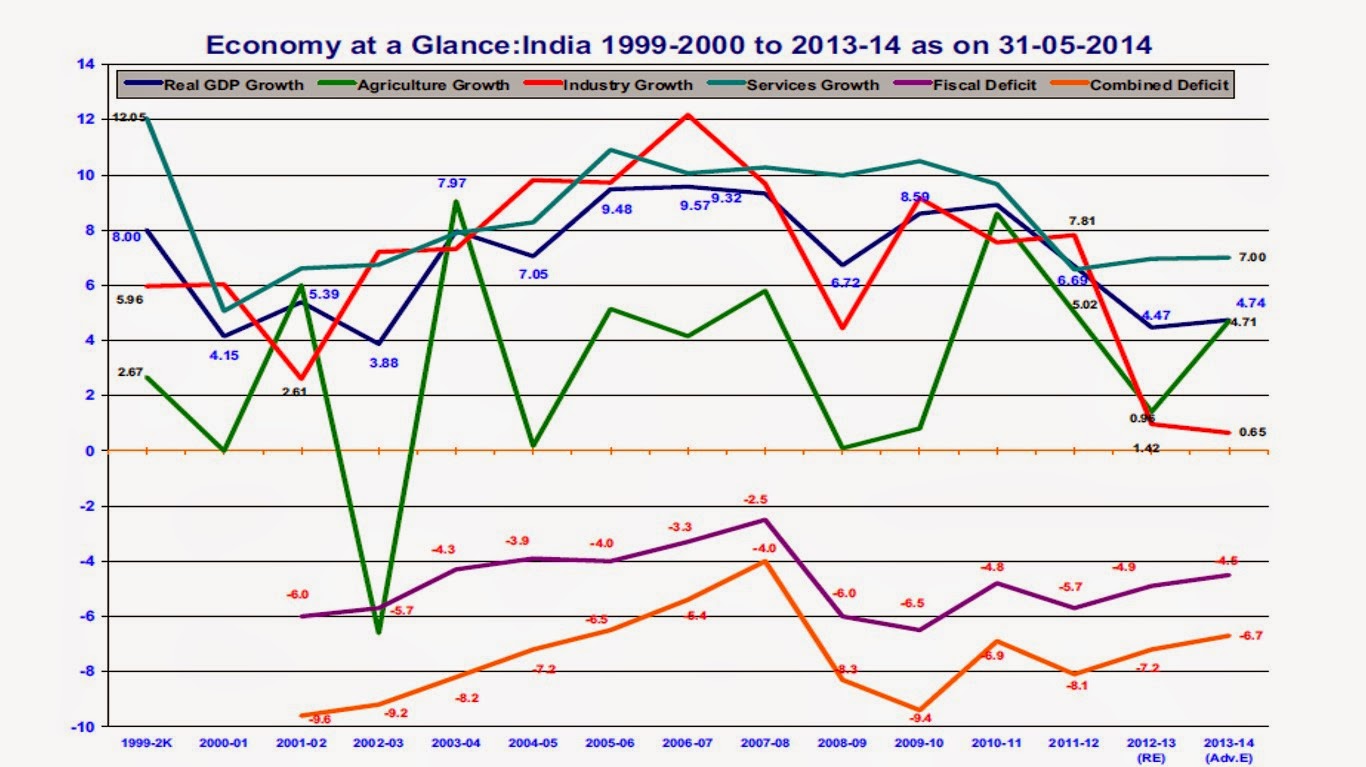 The point is what Gaurav Dutt & Martin Ravallion discussed in their research paper in 2002 'Is India's Economic Growth Leaving the Poor Behind?'

I don't know if after 13 years, one economic meltdown, Indias position of 136th on the Human Development Index and the recent UN World Food Program reports on the disconnect between poverty & population growth, Beerud Sheth would consider re-evaluating his opinion of India's economic progress; maybe not because the fact is that besides other notable economic 'long strides' in its recent past India has gone forward by leaps and bounds in creating its own 1%.

As I said in my post of January 3, 2014 "It is ... useless and meaningless to comment upon Forbes list of America's 50 Top Givers..." because they are also on Forbes list of America's Billionaires; likewise its useless and meaningless to comment on India's 'Long Strides' in economic growth when it remains disconnected with its own consistently growing poor.

When we put the USA under fire and ridicule over its aggressive (and oppressive) tactics for economic expansion and hegemony over global markets and if we understand that this 'big fish eat small fish' behavior continues to cost dearly to countries who are the smaller fish in this pond, then we must also understand that within our own national perimeters we are doing exactly the same; just on a different level.