The Futile life of Nelson Mandela 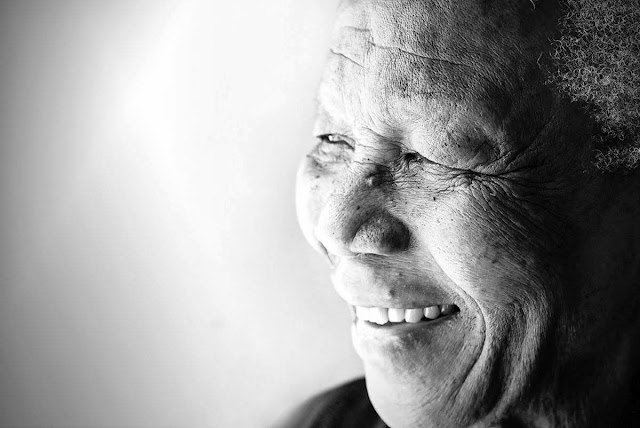 WFDY’s 12th World Festival of Youth & Students in 1985 was not just a big gathering of 26,000 youngsters from 157 countries. It was a recording of history by a generation coming of age in the times of Gorbachev, Glasnost, Afghan revolution, US vs Nicaragua War and the founding of Hezbollah. It was the year when President Li Xiannian welcomed Mickey Mouse in China and President Reagan welcomed the Mujahideen in the oval office. It was the time when US abstained from signing the UN treaty outlawing torture, Madonna released ‘Like a Virgin’ and the gas leak at a Union Carbide Plant overnight killed 4000 people in Bhopal.

in exchange for his freedom.


“…Only free men can negotiate! A prisoner cannot enter into contracts”

resonated loudly every time the ANCYL delegates chanted “A-N-C… MAN-DE-LA”! During the opening ceremony at Luzhniki Stadium in Moscow. The authoritative boom of this simple six syllable slogan often made the Chileans, the Cubans and us Pakistanis stop singing our own songs and just listen in respect.

Mandela is dead at 95. He was the Tata wethu: father of the modern day South African Nation, like Gandhi was for the Indians and Ataturk for the Turks. The difference is that Mandela actually created, raised and nurtured the youth wing of ANC. His title therefore, is not just for reverence; it is in acknowledgement of a relationship between him and the people who he led for sixty years of his active political life.

For the South African Nation,

I am not a South African but I do agree with the essence of this tribute, especially with the last part. I also agree when the world media hails Mandela as the champion of anti-apartheid awakening in South Africa and would not object if history turns him into a symbol of anti-apartheid resistance; but will that make him a symbol of success too? In other words, I want to ask:

This question needs to be answered for two reasons: 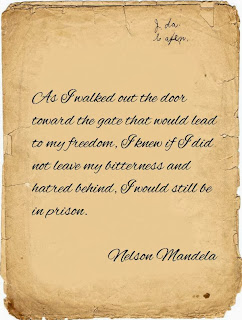 The sad fact is that in today’s corporate world it has become politically correct to entertain the ideas of ethnic, racial and sexual equality in isolation, but to consider and endorse the idea of economic disparity is neither discussed nor accepted as a reason for global social unrest. Where struggle against ethnic oppression is commended by those at the helm of private ownership and corporate dominance, the struggle against imperialism is shunned and labeled as socialism and communism. It is in this world that the idea of unlimited private property takes precedent over equal distribution of wealth and the perpetual existence of rich and poor is accepted without many frowns or second thoughts. To trumpet ones support for social equality but not for economic evenness is therefore a highly paradoxical practice which serves as nothing but an eyewash.

Through his seventy years as an ANC worker up till five days ago the world saw Nelson Mandela go through imprisonment, bouts of TB, release from prison, divorce, ceasefire, making international allies, discovering national adversaries, ANC presidency, South African presidency, remarriage, retirement and a battle with cancer. At the time of his death Nelson Mandela’s South Africa appears as follows:

So what did Mandela achieve?

Most people I know cannot understand why I advocate thoughts and ideas which have nothing to do with my immediate well being.  Why do I talk about processes which probably will take longer than my life span (most likely, a couple of generations) to give results. Why should there be an investment of time, intellect and monies on hypotheses which do not involve instant individual gratification and why should aspirations without clearly defined ‘incentives’ take precedent over a person’s  efforts to ensure a better life for himself?

I suppose, for such people Mandela didn’t achieve anything. He couldn’t, because among those who honor his life today, are hidden the ones who are the reason for his failure.

To me however, Nelson Mandela is like the cancer researchers who are in constant battle with a sneaky, defiant, resilient and persistent disease, which more than often laughs in their faces but with every passing moment their resolve brings them that much closer to hope and survival. Mandela too, chose to fight an organism which usurps, feeds and thrives upon the resources of the larger world body and its inhabitants. Between Mandela and the cancer researchers the monetary gratification might not be similar but I can bet that the feeling of satisfaction resulting from a life well spent is pretty much the same... may be better for Mandela.